A plant native to mountainous regions of Asia, parts of Europe, and the Arctic, Rhodiola rosea has long been used as a healing herb. Traditionally it is often recommended to help combat fatigue and restore energy.

Although records show that the ancient Greek physician Dioscorides once prescribed this plant, it is primarily associated with Scandinavia and Russia. Swedish researchers, for instance, believe that the Vikings regularly used rhodiola. And even today, a bouquet of rhodiola may be presented to a bride and groom in Siberia to assure a rich and fruitful marriage.

Given the plant's origins, it's not really surprising that most of the research on Rhodiola rosea has been published in Slavic and Scandinavian languages. American and other Western researchers, however, have recently begun to explore rhodiola's effect on the body and its capacity to aid in the healing process, building upon the clinical studies originally conducted in Scandinavian countries and the Soviet Union.

Of particular interest is rhodiola's well-documented qualities as an adaptogen (an endurance enhancer). In this capacity it appears to help the body stay healthy and perform in top-notch condition despite physical exhaustion or environmental stresses, such as high heat or pollutants in the air and water.

Plant specialists have actually identified more than 200 different species of rhodiola. While a number of different ones are used in traditional healing, R. rosea appears to be the most clinically effective form. The root is the part of the plant used medicinally, and some sources refer to R. rosea as "golden root" or "Arctic root."
Product Details:

Other Products in 'Herbal Extracts' category 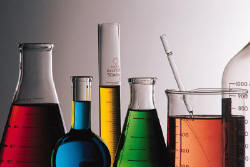